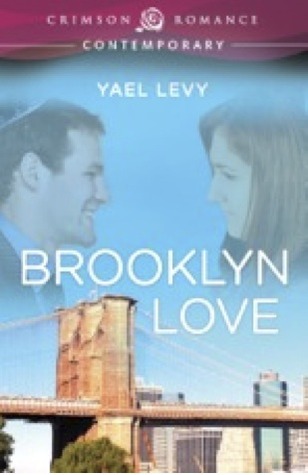 For any young woman, it can be hard to follow the rules . . . especially when you’re falling in love. But for Rachel, Hindy and Leah, it’s especially hard. Because as Orthodox Jews, they live by a whole different set of rules. No touching a guy – any guy! – before marriage. No dating – unless they are considering marriage – and then, only marrying a man who rates high on their parents’ checklists. In Brooklyn Love, three Orthodox Jewish women who are caught between crushing guilt of defying their mothers and their desire to be “normal” are there for each other as they try to figure out who they really are and what they really want. ( From Goodreads.com)

Bubby: Jewish culture is not something I am very familiar with. Baptists? Mormons? Catholics? Yep. Know lots of all of them guys and have been to worship services and community gatherings and the whole nine yards. Jewish people? Not so much. In fact, I am pretty sure that between us, Sissy and I only know one or two Jewish people. So it was very interesting to read a story that was not only interesting on its own but gave a great insight into the Jewish culture in Brooklyn, New York. Now I have to say that the author, Yael Levy, asked us  to make sure our readers understood that every Jewish community is different and has its own challenges and culture. This novel is specifically about one community in Brooklyn and doesn’t necessarily reflect Jewish culture as a whole.

Sissy: I am well-versed in Fiddler On The Roof-isms. I like to say “a blessing on your head” and “mazel tov” occasionally when wishing someone well. I have borrowed Yiddish words, for example, telling Bubby to quit her kvetching and get that schmutz off her face, etc.

Bubby: Did I mention I can bake a pretty fabulous loaf of Challah bread?

Sissy: Why didn’t you bake one for me today? That sounds good! Anyway, I imagine that any area that is saturated with one culture has a certain “way things are done” in that particular community, no matter what religion. I saw many similarities with the other cultures I am familiar with but learned a lot about Jewish culture along the way. There certainly seemed to be many more restrictions and rules than I am used to in the Brooklyn Jewish community. But love is love, right Bubby?

Bubby: Correct as usual, Sissy. I really felt for these poor girls. We have Hindy, the, how shall I say, plumper and somewhat less attractive one in the group who wants to marry a Talmud scholar – a man like her own father. Leah wants to be a doctor but her mother insists that she study computers so that she will have a good career no matter what. Rachel’s family wants her to marry someone rich and powerful. It seems that most of these parents don’t really care what their daughter wants or what would make her happy. They just want them to have “successful” marriages that make them look good in the community.

Sissy: Some of the mothers in this book need to be slapped upside the head. It’s interesting that some of our characters are deeply devout and you can totally sense their devotion to God. Some are totally focused on following the letter of the law – ticking off all the boxes of how things should be done – without ever really taking any of it to heart. And then there are those who simply care about how they appear to everyone else; wearing the right clothing and jewels, having a prestigious career and a beautiful home, and seem to have nothing of the true religion in their souls.

Bubby: I loved the interplay between the three girls. They truly love and care about each other. Even when Rachel falls for a certain boy and then discovers that Leah already has feelings for him, Rachel backs off so as not to hurt her friend. I guess the “girl code” applies no matter who you are or where you live.  It’s not the style of courtship that is popular in the world today, but with divorce rates at over 50%, one has to wonder if perhaps these cultures with different standards may have some good ideas. I know that I would love to have the power to veto my children’s choice of spouse – just in case. I was so pleased that the book ended happily for (almost) everyone. I do love a happy ending.  I give Brooklyn Love by Yael Levy 3.5 bubbles, and I can’t wait to read more from her.

Sissy: Ah, well, I think most parents have those feelings.  Remember our dad?  The one who started salivating when the man from India offered 10 grand for a marriage contract between his son and me?  The one who later wanted me to marry the son of the rich carpet store chain owner even though the guy was a schmuck (see, those Yiddish words come in handy)?  I could go on, but I won’t. Someone in the book even tries to make a case for parent-arranged marriages, because that makes things much less complicated.  After reading the book you can see why.  I really enjoyed this story–3.75 bubbles from me.  Ms Levy has a second book, Starstruck (also published by Crimson Romance)  which takes place in the same community and a third book Touchdown (a paranormal romantic- comedy) coming out Dec. 9.

We received a complimentary copy of Brooklyn Love in return for a fair review. No other compensations, monetary or otherwise, were given.